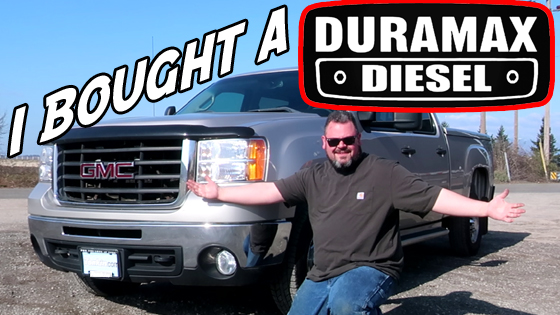 In this video I go on the hunt for a new truck. I’ve been pulling my YXZ1000R with my 2008 Chevy Silverado gas truck, but now I’m looking to upgrade! It pulled it ok, but I need to step up my ability to tow a toy hauler. I looked online and found a couple turbo diesel trucks to look at. Turns out, I purchased the first one I test drove. It was such a great truck and a great price, I couldn’t let it slip through my hands. So I bought it right up! I ended up purchasing a 2007.5 GMC Sierra 2500HD 6.6L Duramax Turbo Diesel Truck. It is 4 wheel drive, 4 door crew cab with farely low miles for the year. GMC and Cheverolet introduced the LMM Duramax V8 Turbo Diesel in 2007 which took care of some of the issues that Duramax had in previous years. Some even say that the 2007.5 year is one of the best Duramax engines to date, so I was pretty excited to find such a perfect truck. Paired with the awesome 6.6L V8 Duramax engine comes an Allison transmission; which some say is one of the best, more reliable transmissions around.